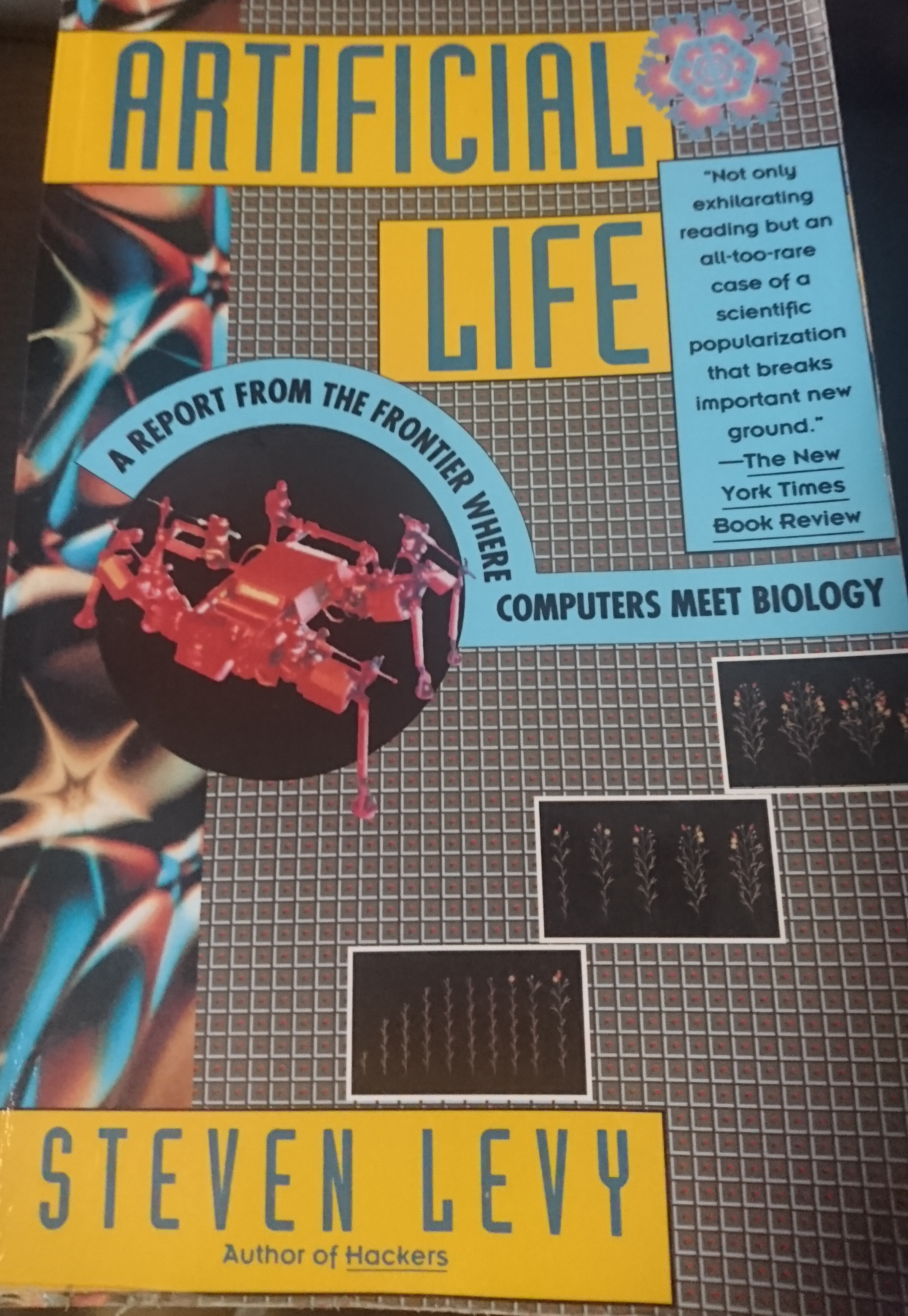 I've recently finished reading "Artificial Life, A Report From the Frontiers where Computers Meet Biology", by Steven Levy. This a rather old book (published in 1993) where the author writes up a summary of leading artificial life research based on his interviews with several prominent researchers of the field.

This was a very fun book to read. The author focuses not only on the research itself, but also on the people behind this research: Who are they? What do they want? Why are they trying to create life, and what does it mean to them? Some of these people, like Ackley and Brooks, are still very active, so it is quite fascinating to read about where they came from, as they were recent graduates when the book was published.

One thing that I noticed is how much did NOT change in these last 30 years. I've also recently read Mizuki Oka's book "Learning and Programming Alife" (in Japanese, and deserving a post of its own), and it is remarkable that the main topics and examples are almost the same as "A report from the frontier". I think it says a lot about how fundamental are the problems being handled by Alife, and how far we still have to go in them.

Also, the book's last chapter discussing the many points of view about whether computer viruses are alive was wild.

At the end, this book was a very fun starting point to understand some of the key ideas in Artificial Life, and it also does a great job of getting people excited about it, even 30 years later.